US citizen missing for 100 days in Sierra Leone – Massah Kaikai

Massah Kaikai has not been seen or heard from for 100 days. She went missing sometime between 4 – 8 August 2018. Massah’s mother, Ayodeji Babalola (nee Ademu-John), her sisters in the U.S., her father, Ansumana Jaia Kaikai, her business colleagues and friends have been trying frantically to find Massah. The investigative trail has uncovered twists and turns but Massah is yet to be found.
Ayo, Massah’s mother, said, “This is a very serious security and safety issue for Sierra Leone. A young woman, diligently giving back to her country and promoting development, suddenly cannot be located. And, no efficient efforts are being made after three months… The safety and security of all individuals coming into to Sierra Leone for work, tourism, development, investment and other matters should be a top priority.” 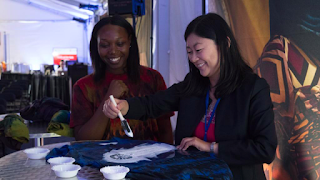 “With respect and never-ending love and admiration for my daughter, Massah Kaikai, I will leave no stone unturned, knock on every door… do all I can to see Massah Kaikai in front of me, safe and sound.” Ayodeji Babalola (nee Ademu-John).

The family property on Manfred Lane is a large farm with several buildings. It belonged to Ayo’s father’s family and after his death was divided between nine siblings including Ayo. The property has been greatly reduced in size by encroachers but remains a valuable piece of real estate in the heart of Freetown. Massah was given Letters of Accreditation over the property through her mother, Ayo, and was trying to develop sections of the land. Ansumana Jaia Kaikai was also named in the Accreditation document.
Gladys Quee, a lawyer and former girlfriend of Ansumana Jaia Kaikai, was advising Massah about removing her father’s name from the Accreditation document, including other land matters.
Ayo, Massah’s mother, met with the First Lady, Fatima Bio, on Friday 19 October 2018, who took immediate action and called her husband, the President, during the meeting. Fatima Bio explained the situation briefly to the President who was to “make some calls and take action”. Vice-President Juldeh Jalloh is also aware of the situation.
SD/3/11/18 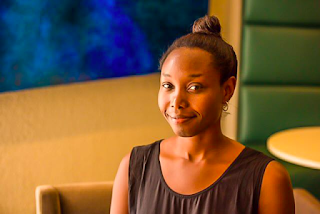 Posted by redpageletters at 12:01 PM